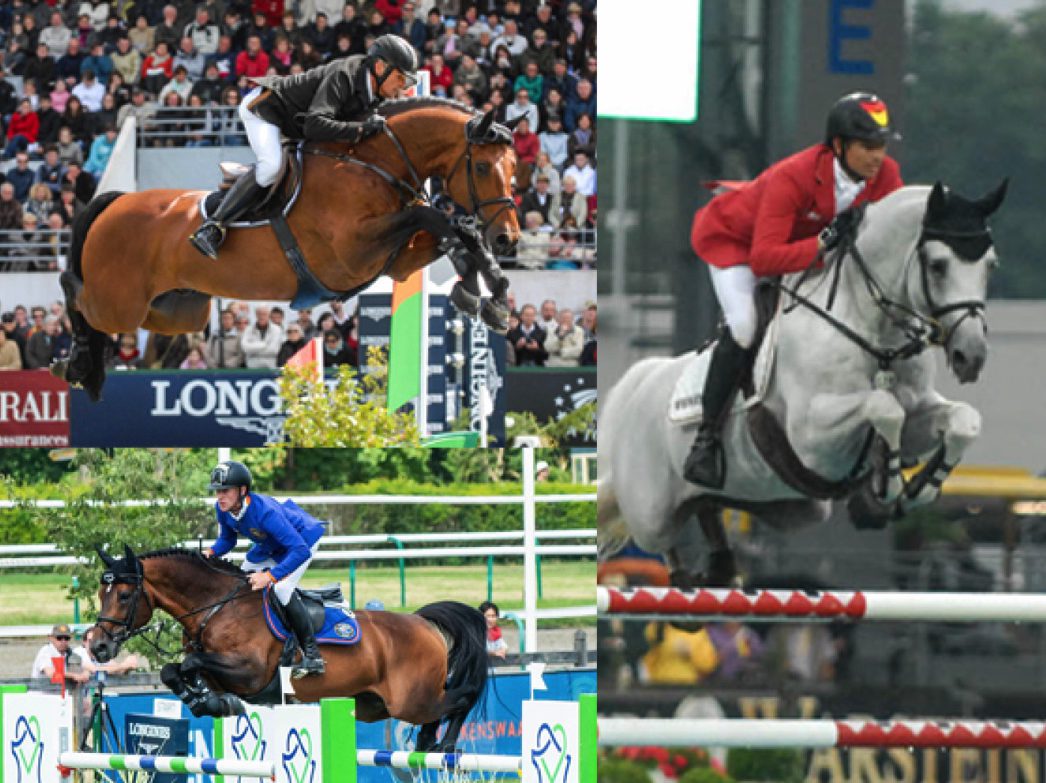 When we look at the top 100 best stallions, there are a lot of names that start with the letter C. Is this just plain coincidence or do they have something in common? Hippomundo did some research to find the answer for you.

Cor de la Bryère, born in 1968, descends from the thoroughbred stallion Rantzau xx out of a Lurioso mother. The stallion, with a Hippomundo Power Value of 1.55, has a number of impressive offspring. Compared to Capitol I, Cor de la Bryère, by far, has the most approved stallions in his line. These descendants of Cor de la Bryère are shown in the figure below. 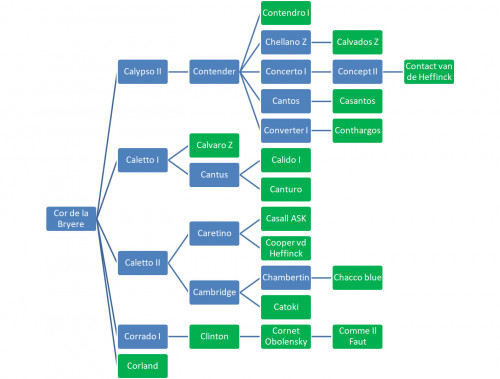 The line of Cor de la Bryère consists of five main branches. Firstly, we have Calypso II, who is the father of Contender.  With five direct and indirect descendants becoming approved stallions and reaching the top 100, as well as many offspring performing at the very highest level, Contender can be described as an outstanding stallion.

Branch two and three start with breeder Klaus Martin Both, who crossed the mare Deka with Cor de la Bryère. Out of this came the two approved stallions Caletto I and II. The branch of Caletto I leads to the much-discussed progenitor Chacco-Blue, who currently claims second place in the stallion rankings. After his successful performance at the highest level, it is now up to his offspring, for example Explosion W, to perform in the ring. In Chacco-Blue’s pedigree Cor de la Bryère appears twice, as he is a son of Chambertin whose dam is also a descendant of Cor de la Bryère. Chambertin is also the sire of Catoki, who is in the top 100. Out of the branch of Caletto II come, amongst others, as sons of Caretino, the foundation sires Casall ASK and Cooper van de Heffinck.

The stallion Corland, who had a successful sports career under Wout-Jan van der Schans, continued his breeding service in the Netherlands, where his offspring no longer received names starting with the letter C.

Capitol I himself is a son of the stallion Capitano out of a mother of Maximum. Capitol I’s line is a lot smaller than Cor de la Bryère’s, as you can see in the figure below. 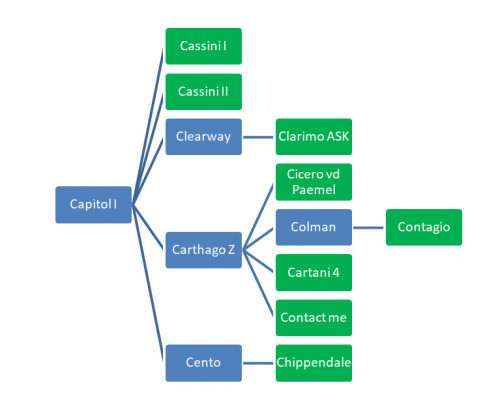 Besides the fact that Capitol I as direct father has several approved stallions in the top 100 best stallions, this line also performs very well on the dam’s side, as described earlier in this article. Crossing the Cor de la Bryère line with the Capitol I line also produces good stallions. The top-class progenitor Clinton, for example, has Capitol I as his dam’s sire and Carthago Z is the dam’s sire of Calvados Z and Conthargos.